If I had to describe my biggest passions then I’d say that I love all things Middle-earth and travelling. Whenever I’m not spending money on travelling, I tend to add items to my ever-growing The Lord of the Rings collection. Seldom am I able to combine my love for Middle-earth and travel. So when meniscus.nz contacted us to review their licenced LOTR and The Hobbit collectibles, a leather card wallet and a leather keyring, two items I always use when travelling, I was curious.

Meniscus is a small company situated in Wellington, New Zealand and produces a variety of hand-made quality leather products, including licenced The Lord of the Rings collectibles. What sets Meniscus apart from other stores is the fact that the artisans working and designing the products are also the same artisans that created costume, armoury, and jewellery elements for the LOTR trilogy and The Hobbit trilogy.

Before I go on and give you a review of those two items, I want to highlight that even though this is a sponsored post, all opinions expressed in this post reflect my honest opinion.

The Horse of Rohan Card Wallet

The Middle-earth Card is a fantastic design by PuckWorks

The card wallet is made out of brown aged premium Italian Veg-tan leather and has embossed Rohan motives on the front and on the back. The measurements of that card wallet are 4″ L / 2.8″ H / .5″ W (10 cm / 7 cm / 1,3 cm). This means that average-sized card, as well as somewhat over-sized cards fit in perfectly. Upon arrival, the leather is rather stiff so it is a bit difficult to open and close the wallet, but even after one week of daily usage, the leather already begins to soften.

I’m not exaggerating when I say that the embossed Rohan heraldry looks in real life so much better than it already does in the pictures. I love the simplicity of the design and the colour of the leather. To me, it is a perfect mix of showing off your geeky passion without appearing to be childish. As some of you might already know it, I’ll travel to New Zealand later this year. Whenever I travel, I like to separate my cash from my cards for safety reasons. I haven’t had a decent card wallet for a while, but now I have one that makes me want to ditch paying in cash altogether! Unless Meniscus decides to design Middle-earth themed coin purses, of course.

You can purchase the Horse of Rohan Card Wallet over here on meniscus.nz.

The One Ring Inscription Keyring

In contrast to the card wallet, there are six different designs for the keyring to choose from and Meniscus was kind enough to send me the One Ring Inscription Keyring. Similar to the Horse of Rohan Card Wallet, the keyring is also made out of Italian Veg-tan leather. The One Ring inscription is, in contrast to the Rohan heraldry, not embossed. The measurements of the keyring are 2″ wide / 3″ long with a 1″ split ring (5cm wide / 7,6 cm long with a 2,5 cm spilt ring).

Once again, I was in awe when I unpacked the keyring and I just can’t stop staring at it. The gilt details look amazing although I’m a bit worried how it will endure after weeks of daily usage. I’m using (and abusing) my keys on a daily basis so it would be sad if the gilt details would fade over time. Right now only time can tell, but I will try to give an update on that in a few months. In the meantime, I’ll keep staring at it whenever I take out my keys.

You can get the One Ring Inscription keyring and 5 other Middle-earth themed designs over on meniscus.nz. 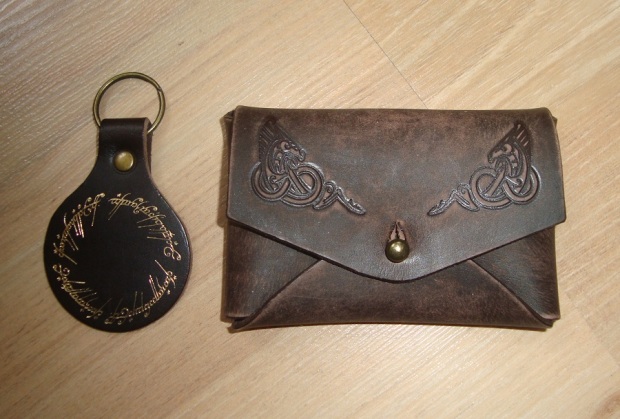 Whether you’re thinking of getting one of the card wallets or keyrings for yourself or for someone else, the Meniscus LOTR and The Hobbit leather collectibles are a ‘must have’ in my opinion. The design and quality is amazing and a perfect way to incorporate your love for Middle-earth into your daily life. Meniscus also just released a beautiful looking One Ring Coaster Set, so why not check their stuff out?

We’re geek girls, we love fandoms and being part of them, but, most of all, we love collecting themed merchandise! That’s why we decided to join the Fangirls on the Road with their Merchandise Monday. 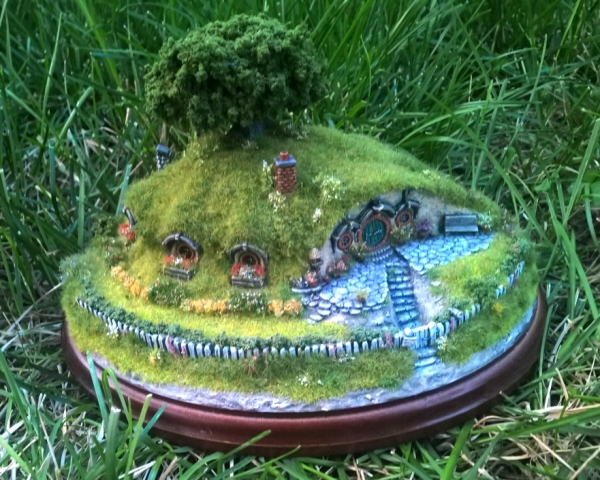 The miniature is from The Middle-earth Collection, a family of model makers with an official license to make Middle-earth miniature collectibles. To learn more about their process and their selection of amazing miniatures, visit their shop or read this interview with artist Colin Patten on Middle-earth News. 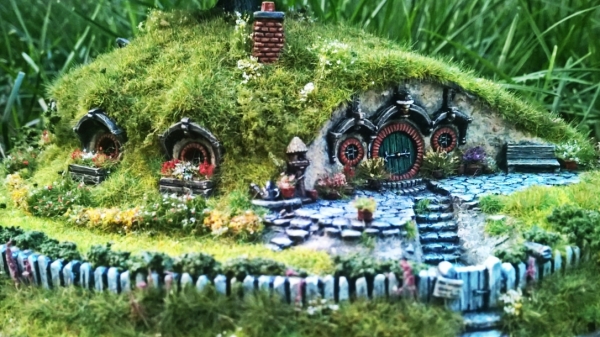 These photos don’t even do it justice! There are so many tiny, beautiful details that it seems like there’s always something something new to discover or marvel at. If I could somehow shrink myself down to the appropriate size, I wouldn’t be surprised to find out that it is a perfectly decorated replica on the inside, too!

Why don’t you visit the Middle-earth Collection shop and tell us which of their miniatures is your favorite in the comments? And don’t forget to join us every Monday for a look at an item from our collections!

Welcome to Travelling Geek Show, a page for fantasy, Science Fiction and all things geeky!

We Love and Support

Some links are affiliate links. This means if you click on the link and purchase the item, we will receive an affiliate commission. But all opinions expressed are solely our own and based on our experience. Thank you!
Loading Comments...